x360Recover Bare Metal Restore 2.5.0.30 is a feature release, providing a new method for direct recovery from a vault, while improving the user friendliness of the overall bare metal restore (BMR) process.

For complete details on using BMR, refer to the Bare Metal Restore Guide. 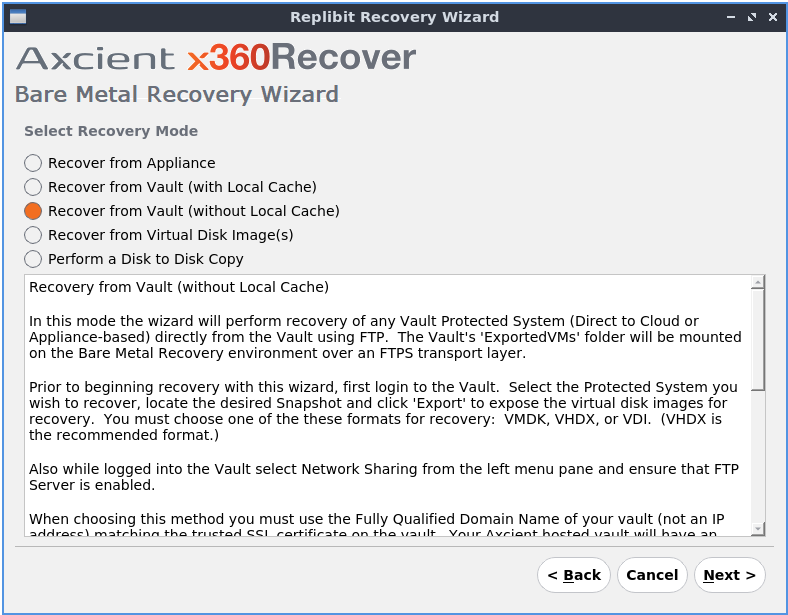 We've added a new recovery method (for recovering directly from vaults when no local cache exists). We've also refactored the main menu of the BMR wizard and added details on each option on the menu with new, clarified labels.

Enhancement added so that a vault cannot be deleted if at least one protected system is associated to the Virtual Office.

Access to protected systems on local appliances is available in this release, using the Axcient Recovery Center.