Unable to Back Up Microsoft 365 User Emails - x360Cloud

If the backup of a single object (email, calendar event or contact) fails constantly during a 24 hour period, the backup status of the respective user account shows as Failed. This type of container backup failure then results in an organization backup status of Partial (even when other containers have backed up successfully.)

To improve backup health reporting in these situations, we're providing more control over the processing of failed objects - and the first step is awareness: You can now see a list of any failed objects causing backup failures. 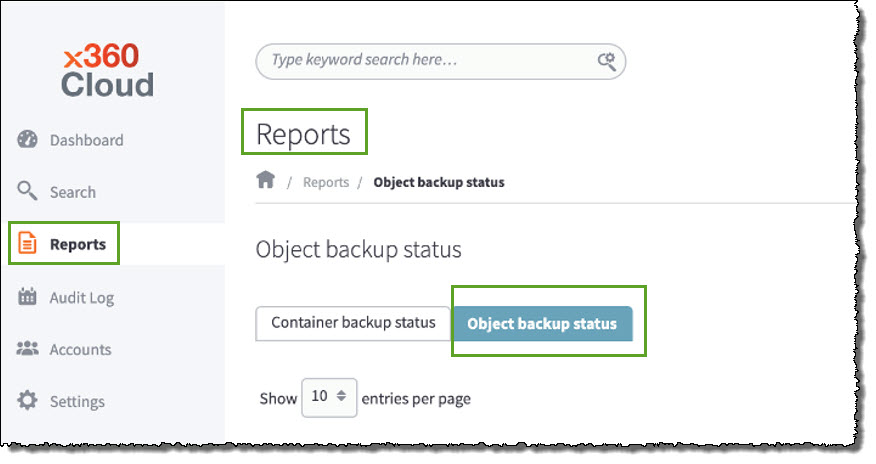 This new tab shows a list of object versions that have failed to backup, along with the current backup status of those objects. 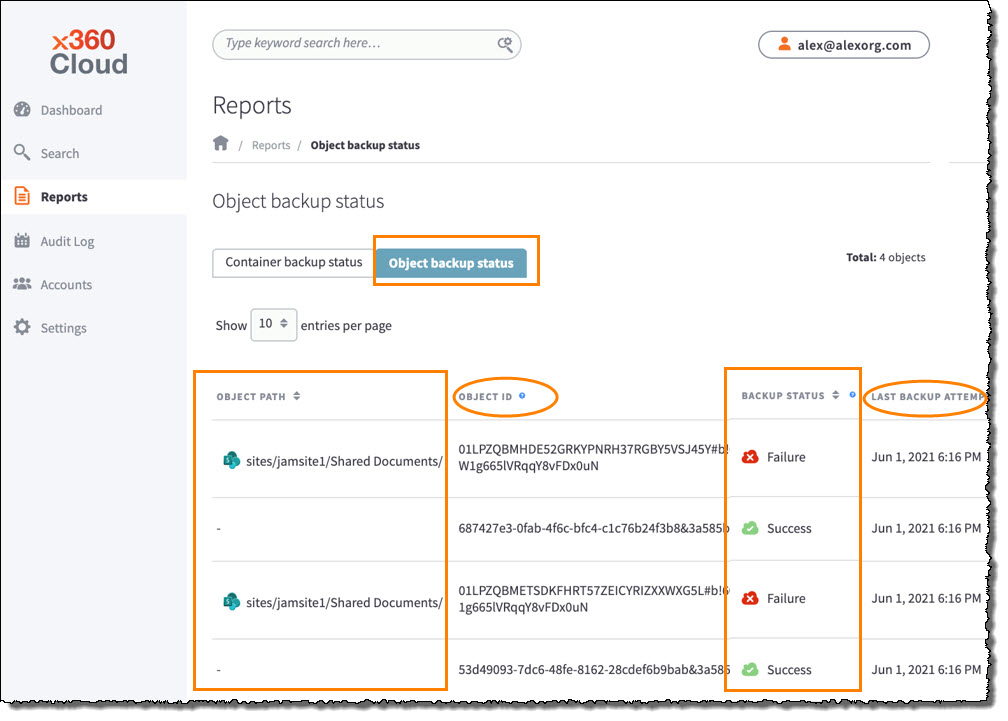 Backup status can be displayed in one of three possible types: 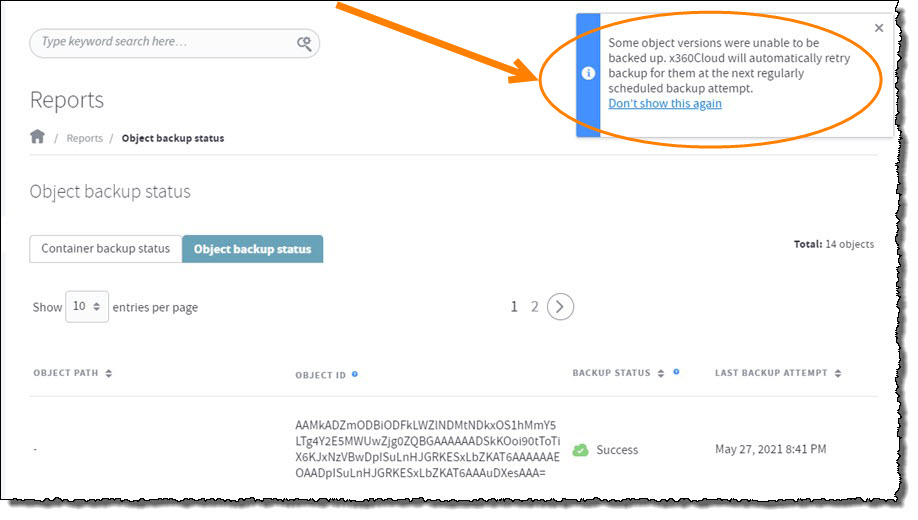 In x360Cloud v 2.75.0, we are providing you with more control over the processing of failed objects. You can now select failed object versions and exclude them from future backup attempts.

For example, if you see that backup for your organization is Partial or Failed, you can navigate to the Object backup status tab on the Reports page and view the failed objects. You can view more details about the failed objects in the side bar, or get the details directly from the source system as described here. You may want to exclude the failed object versions from future backups. To do this, select the objects in the list and click the Exclude Selected button.

Then, confirm the exclusion in the pop-up dialog box by clicking on Exclude Object Versions.

A confirmation flag will appear in the upper-right corner of your screen, with a link to undo the action, if desired.

NOTE: Only objects with a "Failure" status can be excluded. If you attempt to exclude an object with a “Success” or “Not Found” status, the action will be ignored.

The following results occur after an object version has been excluded:

How to update an expired password in Microsoft 365 - x360Cloud

1. Go to http://login.microsoftonline.com 2. Provide a username to sign in to Mic...

Problem: Microsoft 365 is inaccessible when x360Cloud attempts a backup Typically...

How to delete organization-level user accounts Navigate to the Settings page of t...

Locate an object in the source system - x360Cloud

Use object identifiers  Under the Object ID column of the Object backup status ta...